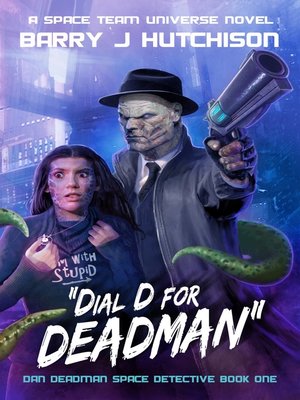 Sure, he doesn't smell great, and he's technically been dead for quite some time, but if you've got a rampaging Hell-beast tearing up your street, or a portal to another dimension appearing in your bathroom, Dan's your man.

After saving a mysterious young woman named Ollie from the clutches of something big, slimy, and unpleasant, Dan gets entangled in a missing child case, a string of grisly murders, and a severed woman's arm that just won't leave him alone.

And then there's the demonic entity who'll stop at nothing to get its tentacles on Ollie, even if it means destroying the whole damn planet.

Times like these, Dan would give his right nut to be a real detective.

If he still had nuts.

"Dial D for Deadman"
Copy and paste the code into your website.
New here? Learn how to read digital books for free