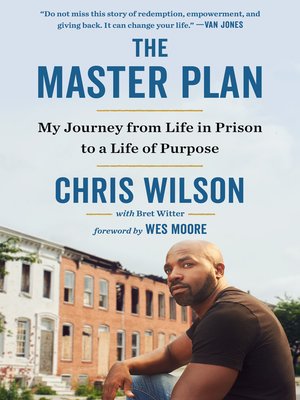 My Journey from Life in Prison to a Life of Purpose

Biography & AutobiographySelf-ImprovementSociologyNonfiction
The inspiring, instructive, and ultimately triumphant memoir of a man who used hard work and a Master Plan to turn a life sentence into a second chance.
Growing up in a tough Washington, D.C., neighborhood, Chris Wilson was so afraid for his life he wouldn't leave the house without a gun. One night, defending himself, he killed a man. At eighteen, he was sentenced to life in prison with no hope of parole.
But what should have been the end of his story became the beginning. Deciding to make something of his life, Chris embarked on a journey of self-improvement—reading, working out, learning languages, even starting a business. He wrote his Master Plan: a list of all he expected to accomplish or acquire. He worked his plan every day for years, and in his mid-thirties he did the impossible: he convinced a judge to reduce his sentence and became a free man. Today Chris is a successful social entrepreneur who employs returning citizens; a mentor; and a public speaker. He is the embodiment of second chances, and this is his unforgettable story.
Biography & AutobiographySelf-ImprovementSociologyNonfiction

The Master Plan
Copy and paste the code into your website.
New here? Learn how to read digital books for free