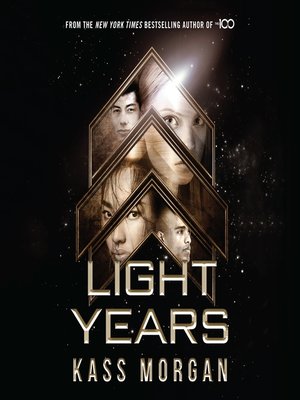 View more libraries...
Ender's Game meets The 100 at an interstellar military boarding school in a romantic new series from New York Timesbestselling author Kass Morgan!
Reeling from a devastating attack by a mysterious enemy, the Quatra Fleet Academy is opening its doors to a new class of cadets from every planet in the solar system.
Hotshot pilot Vesper dreams of becoming a captain, but when she loses her spot to a wisecracking boy from the wrong side of the asteroid belt, she begins to question everything she thought she knew. Trapped on the toxic planet Deva, Cormak will take any chance he can to join the Academy—even if he has to steal someone's identity to get there. Arran was always an outcast on icy Chetire and is looking for a place to belong. He just never thought it would be in the arms of the hottest guy in the galaxy. And Oreliahas infiltrated the fleet to complete a mission, one that threatens the security of everyone around her. But if anyone finds out who she really is, it'll be her life on the line....
As worlds collide at the Academy, these four cadets will have to learn to work together if they want to survive. But how do you begin to trust the very people you've spent a lifetime learning to hate?
Light Years is the first book in a thrilling and romantic new sci-fi series from the bestselling author of The 100.