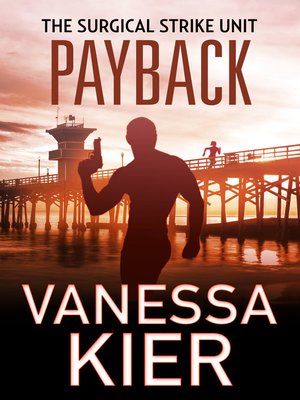 A change of conscience leads a cold-hearted spy to risk his life for the woman he never thought he would want...

Ruthless and arrogant, CIA agent Mark Tonelli has always been driven by two things. The need to avenge his father's death, and the desire to protect his country at any cost. But when he joins the black ops group Kerberos, Mark discovers that there are some lines even he won't cross.

Kerberos is changing honorable men into mindless killing machines. Mark's long-dead conscience roars back to life and he puts his vengeance on hold to save the woman he's falling for, and her brother, before it's too late.

Faith Andrews has tracked her brother to the Kerberos group. The tenacious reporter never gives up. She proves to the I-only-work-alone CIA agent that he can't do this without her. As Mark and Faith get closer to the proof they need to take down Kerberos, they also draw closer to each other.

Mark finally learns the truth about who betrayed his father, but getting revenge means abandoning his goal of taking Kerberos down. Abandoning his promise to rescue Faith's brother. And abandoning the woman he loves to the ruthless hunters who will kill to keep their secrets.

If you like gritty, edge-of-your-seat action, shadowy government agencies committing terrible crimes, and characters forced to confront the darkness within themselves, then you'll love the fourth book in Vanessa Kier's action-packed SSU romantic thriller series.

Get Payback today to begin the adventure!

NOTE: Does part of this plot sound familiar? It should! Payback is a sideways book. That means that Payback takes place at the same time as Retribution. In fact, there are some scenes near the end of Payback that duplicate the action in Retribution. Payback shows you those scenes through Mark Tonelli's eyes.

Because Retribution is on the main timeline of the series, and Payback contains spoilers for how Retribution ends, I recommend that you read Retribution first.