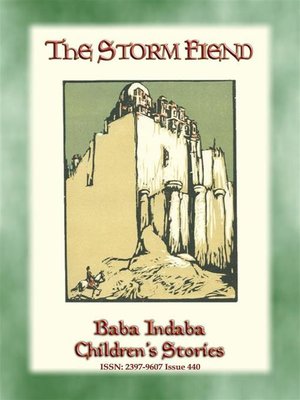 In Turkish Fairy Tales, you will find various kinds of magic. This story is from a time when two cats made a spring, the frog flew with wings and the aunt flea fell down. The cock was an imam, the cow a barber, and goslings danced; all this happened at the time when a Padishah (King) was old. This story will not disappoint. It goes thus.....

An old Padishah (King) had three sons and three daughters. One day he was sick and he called children to him. He said that his sons must to keep watch for his grave during three days and his daughters should marry with the first who ask them.
In due course the Padishah passed on and the sons dutifully took watch at their father's grave.

Well what happened next you ask? Did all three sons do as they were told or did the dragon and the lion chase them off and so break the Padishah's wish? Just how did everything turn out in the end? Well, you'll have to download and read the story to find out for yourself.

THE STORM FIEND--A Turkish Fairy Tale
Copy and paste the code into your website.
New here? Learn how to read digital books for free