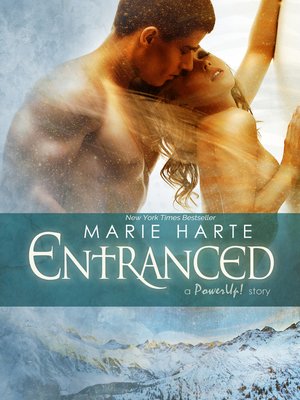 FantasyFictionRomanceSuspense
The seventh steamy, stand-alone romance in New York Times bestseller Marie Harte's psychic, romantic suspense series—POWERUP!
Love at first sight might be more than Jack can handle... A m/f romance.
After a disastrous mission for Uncle Sam years ago, psychic, ex-government agent Jack Keiser has been wary of trusting anyone. Keeping his fellow psychics in line is a full time job, made harder by his own strangely developing talent—his ability to change shape. Even among psychics he's an oddball.
Heather Stallbridge has gone missing, and it's up to Jack to find her. His journey leads him into the German Alps and to a strange village with even stranger people. The moment Jack sees Heather, he experiences what feels like love at first sight. Their connection is irrefutable, but he can't trust that it's real. .
And that doubt is a problem, because without working together, they'll never find a way to escape the killers in the mountains, or to discover the unexplainable love growing between them.
This title has been previously released.
Warning: this title contains the following: one mysterious village, a dominant male who can be whoever he wants to be, and a woman who can heal even the most wounded of hearts.
"The storyline had suspense & intrigue, was fairly quick paced and moved along well. Was kinda disappointed when the book ended... I had enjoyed it so much!!"5 Stars, Tracy, Good reads
FantasyFictionRomanceSuspense

More about Marie Harte
Entranced
Copy and paste the code into your website.
New here? Learn how to read digital books for free