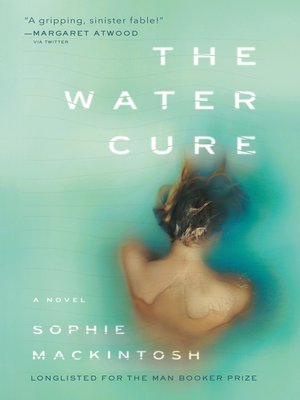 King has tenderly staked out a territory for his wife and three daughters, Grace, Lia, and Sky. Here on his island, women are protected from the chaos and violence of men on the mainland. The cult-like rituals and therapies they endure fortify them from the spreading toxicity of a degrading world.
But when King disappears and two men and a boy wash ashore, the sisters' safe world begins to unravel. Over the span of one blistering hot week, a psychological cat-and-mouse game plays out. Sexual tensions and sibling rivalries flare as the sisters are forced to confront the amorphous threat the strangers represent.
A haunting, riveting debut, The Water Cure is a fiercely poetic feminist revenge fantasy that's a startling reflection of our time.
FantasyFictionLiterature

Sophie Mackintosh won the 2016 White Review Short Story Prize and the 2016 Virago/Stylist Short Story competition, and has been published in Granta magazine and Tank magazine, among others. The Water Cure is her first novel.

More about Sophie Mackintosh
The Water Cure
Copy and paste the code into your website.
New here? Learn how to read digital books for free