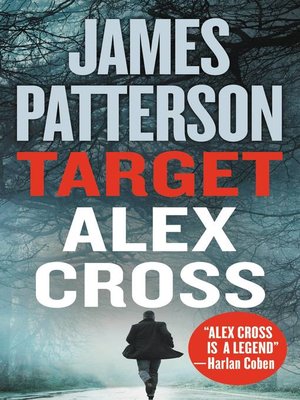 A killer elite—six assassins—are on the loose. So is Alex Cross.
A leader has fallen, and Alex Cross joins the procession of mourners from Capitol Hill to the White House. Then a sniper's bullet strikes a target in the heart of DC. Alex Cross's wife, Bree Stone, newly elevated chief of DC detectives must solve the case or lose her position. The Secret Service and the FBI deploy as well in the race to find the shooter. Alex is tasked by the new President to lead an investigation unprecedented in scale and scope. But is the sniper's strike only the beginning of a larger attack on the nation?
FictionMysteryThriller

James Patterson has had more New York Times bestsellers than any other writer, ever, according to Guinness World Records. Since his first novel won the Edgar Award in 1977 James Patterson's books have sold more than 375 million copies. He is the a...

More about James Patterson
Target: Alex Cross
Copy and paste the code into your website.
New here? Learn how to read digital books for free