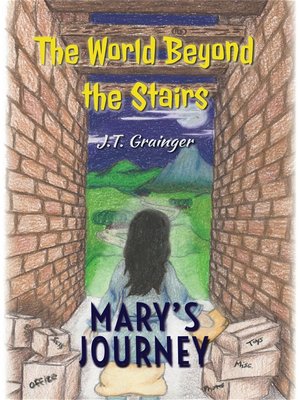 The World Beyond the Stairs

During a terrible ice storm, a woman named Mary Reynolds is separated from her husband and children for the night. In an effort to wait out the insufferable storm, she takes refuge at her grandmother's house. Being unable to sleep, she finds herself in her grandmother's basement and unwittingly opens an invisible doorway to a strange new world called Divinity. In this wondrous land adults resemble children and all living creatures are able to communicate with one another through a special telepathic bond. Unfortunately, Mary spends her first night in Divinity lost in the woods. The following morning, she awakes to find that she looks thirteen-years-old and has been given shelter by four young sisters named Angelaa, Peaany, Lizaa and Emmee. Soon, she discovers that Divinity is governed by an evil tyrant named Count Devursuraac who rules with an iron fist as he challenges all those who refuse to follow his unjust laws. As Mary discovers the beauty and horrors of Divinity, she and her companions search for a way that will take her back home to her husband and children. Is it reality or merely a dream? Be among the first to read Mary's Journey and decide for yourself.

J.T. Grainger is a new fantasy/science fiction author. He was born in Henderson, Kentucky and grew up in Evansville, Indiana. Since his youth, he has written various plays and short stories and has always been fascinated by tales that involve imag...

More about J.T. Grainger
The World Beyond the Stairs
Copy and paste the code into your website.
New here? Learn how to read digital books for free