20 Years in the Secret Service 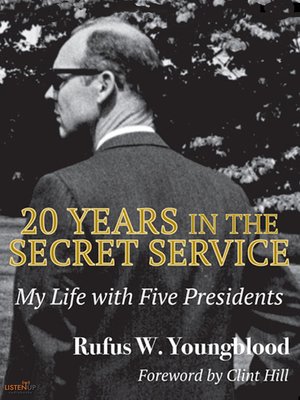 When shots rang out in Dallas, Texas, during the tragic assassination of President John F. Kennedy, U.S. Secret Service Agent Rufus W. Youngblood immediately lunged over his seat in the vice president's car and bravely used his body to shield Vice President Lyndon B. Johnson. Faced with the unknown, Youngblood maintained this protective position as their car sped toward Parkland Hospital, following the presidential limousine. Throughout the course of that fateful day, Youngblood vigilantly remained by LBJ's side to ensure his safety. This candid memoir includes Youngblood's first-hand account of the Kennedy assassination and its aftermath. While highlighting his twenty-year career in the Secret Service during which he protected Presidents Truman, Eisenhower, Kennedy, Johnson, and Nixon, Youngblood describes the complexities, risks, and constant tensions involved in protecting America's chief executive. Along with several humorous anecdotes, archival audio inserts enhance this personalized journey through a critical period in American History.