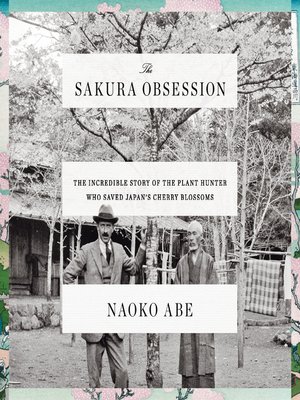 View more libraries...
The incredible—and improbable—story of how an English eccentric saved Japan's beloved cherry blossoms from extinction.
Collingwood Ingram—known as "Cherry" for his defining passion—was born in 1880 and lived until he was a hundred, witnessing a fraught century of conflict and change. Visiting Japan in 1902 and again in 1907, he fell in love with the country's distinctive cherry blossoms, or sakura, and brought back hundreds of cuttings with him to England, where he created a garden of cherry varieties.
On a 1926 trip to Japan to search for new specimens, Ingram was shocked to find a dramatic decline in local cherry diversity. A cloned variety was taking over the landscape and becoming the symbol of Japan's expansionist ambitions, while the rare and spectacular Taihaku, or "Great White Cherry," had disappeared entirely.
But thousands of miles away, at Ingram's country estate, the Taihaku still prospered. After returning to Britain, the amateur botanist buried a living cutting from his own collection into a potato and repatriated it to Japan via the Trans-Siberian Express. Over the decades that followed, Ingram became one of the world's leading cherry experts and shared the joy of sakura both nationally and internationally, sending more than a hundred varieties of cherry tree to new homes around the globe, from Auckland, New Zealand to Washington, D.C.
As much a history of the cherry blossom in Japan as it is the story of one remarkable man, The Sakura Obsession follows the flower from its significance as a symbol of the imperial court, through the dark days of the Second World War, and up to the present-day worldwide fascination with this iconic blossom.