ebook ∣ A Struggle for the Soul of America 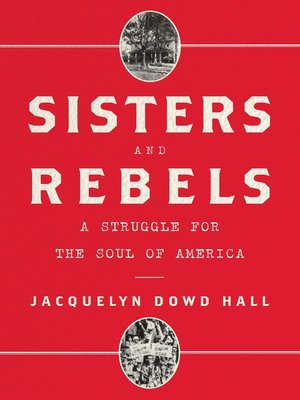 Winner of the 2020 PEN America/Jacqueline Bograd Weld Award for Biography, the 2020 Summersell Prize, a 2020 PROSE Award, and a Plutarch Award finalist

"The word befitting this work is 'masterpiece.' " —Paula J. Giddings, author of Ida: A Sword Among Lions: Ida B. Wells and the Campaign Against Lynching

Descendants of a prominent slaveholding family, Elizabeth, Grace, and Katharine Lumpkin were raised in a culture of white supremacy. While Elizabeth remained a lifelong believer, her younger sisters sought their fortunes in the North, reinventing themselves as radical thinkers whose literary works and organizing efforts brought the nation's attention to issues of region, race, and labor. National Humanities Award–winning historian Jacquelyn Dowd Hall follows the divergent paths of the Lumpkin sisters, tracing the wounds and unsung victories of the past. Hall revives a buried tradition of Southern expatriation and progressivism; explores the lost, revolutionary zeal of the early twentieth century; and muses on the fraught ties of sisterhood.

Grounded in decades of research, the family's private papers, and interviews with Katharine and Grace, Sisters and Rebels unfolds an epic narrative of American history through the lives of three Southern women.