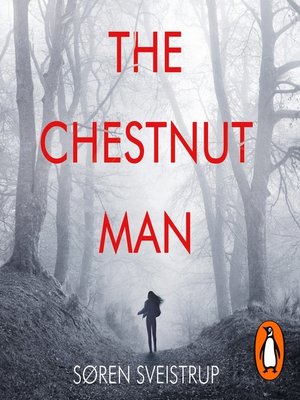 The gripping debut novel from the writer of The Killing

FictionMysterySuspenseThriller
Penguin presents the audiobook edition of The Chestnut Man by Søren Sveistrup, read by Charlotte Melén. THE DEBUT NOVEL FROM THE CREATOR AND WRITER OF THE KILLING The police make a terrible discovery in a suburb of Copenhagen. A young woman has been killed and dumped at a playground. One of her hands has been cut off, and above her hangs a small doll made of chestnuts. Young detective Naia Thulin is assigned the case. Her partner is Mark Hess, a burned-out investigator who's just been kicked out of Europol's headquarters in The Hague. They soon discover a mysterious piece of evidence on the chestnut man - evidence connecting it to a girl who went missing a year earlier and is presumed dead, the daughter of politician Rosa Hartung. A man confessed to her murder, and the case is long since solved. Soon afterwards, another woman is found murdered, along with another chestnut man. Thulin and Hess suspect that there's a connection between the Hartung case, the murdered women and a killer who is spreading fear throughout the country. But what is it? Thulin and Hess are racing against the clock, because it's clear that the murderer is on a mission that is far from over . . .
FictionMysterySuspenseThriller

Søren Sveistrup is an internationally acclaimed scriptwriter of the Danish television phenomenon The Killing which won various international awards and sold in more than a hundred countries. More recently, Sveistrup wrote the screenplay for Jo Nes...

More about Søren Sveistrup
The Chestnut Man
Copy and paste the code into your website.
New here? Learn how to read digital books for free