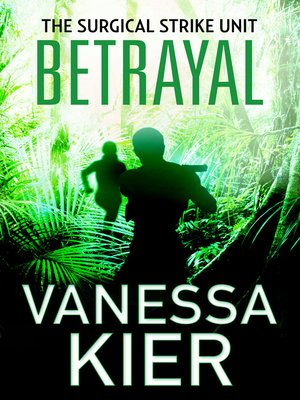 An innocent woman is caught in the crosshairs of an international manhunt.

Her only hope of escaping the jungle alive is the most wanted man on the planet.

Accused of a murder he didn't commit, Kai Paterson has been on the run for years, looking for the proof he needs to clear his name.

In the process he's become worse than some of the criminals he's hunted.

He'll never outrun his nightmares or his guilt, but if he can save archeologist Susana Dias, maybe he can balance the scales and wash some of the blood from his hands.

The government wants her for the same reason he needs her—she holds the key to his salvation and their downfall.

The unlikely pair teams up and they race through the jungle staying only steps ahead of the mercenaries closing in on them.

When the stakes rise even higher, Kai is forced to make a choice.

Innocent lives or the life of the woman he loves.

If you like gritty, edge-of-your-seat action, jungle chases, and characters forced to confront the darkness within themselves, then you'll love the second book in Vanessa Kier's action-packed SSU romantic thriller series. Get Betrayal today to begin the adventure!