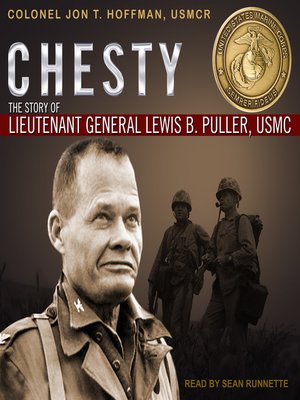 The Story of Lieutenant General Lewis B. Puller, USMC

Biography & AutobiographyHistoryMilitaryNonfiction
The Marine Corps is known for its heroes, and Lieutenant General Lewis B. Puller has long been considered the greatest of them all. His assignments and activities covered an extraordinary spectrum of warfare. Puller mastered small unit guerrilla warfare as a lieutenant in Haiti in the 1920s, and at the end of his career commanded a division in Korea. In between, he chased Sandino in Nicaragua and fought at Guadalcanal, Cape Gloucester, and Peleliu. With his bulldog face, barrel chest (which earned him the nickname Chesty), gruff voice, and common touch, Puller became-and has remained-the epitome of the Marine combat officer. At times Puller's actions have been called into question-at Peleliu, for instance, where, against a heavily fortified position, he lost more than half of his regiment. And then there is the saga of his son, who followed in Chesty's footsteps as a Marine officer only to suffer horrible wounds in Vietnam (his book, Fortunate Son, won the Pulitzer Prize). Jon Hoffman has been given special access to Puller's personal papers as well as his personnel record. The result will unquestionably stand as the last word about Chesty Puller.
Biography & AutobiographyHistoryMilitaryNonfiction

More about Colonel Jon T. Hoffman, USMCR
Chesty
Copy and paste the code into your website.
New here? Learn how to read digital books for free