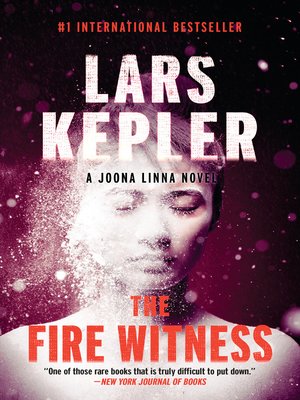 View more libraries...
Psychologically tense and as fast-paced as The Hypnotist, the third book in the Joona Linna series by Lars Kepler is already a worldwide sensation, appealing to fans of Stieg Larsson and Jo Nesbo.
Detective Inspector Joona Linna, under internal review by the National Police for an alleged infraction, is on leave to solve some troubling personal business when he is called in to "observe" the investigation of a gruesome and strange murder at Birgittagarden, a youth home for wayward teenage girls. But it's not long before Linna is drawn deeply into the intricate, disturbing case. Intriguing, astonishing, and with all of the suspense that first captured audiences in The Hypnotist, The Fire Witness is Lars Kepler at his most psychologically complex and thrilling.