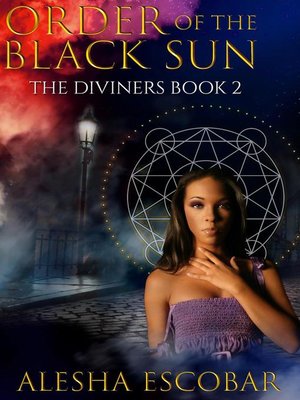 Order of the Black Sun

Tracking down a demon in the spirit world should be easy—said no one ever.

But Kelsey Diviner is dedicated to her training, as she balances her days as a therapist with her evenings as a ghost whisperer and protector of the supernatural realm. However, when she and her uncle come across evidence of a dangerous spell cast by a dark shaman, she must hunt down the wayward magic-user before something even more sinister rises from The Pit.

If it were up to Kelsey, she'd be clubbing with her friends and getting hands-on with her crush. Instead, she has to buy black market magical gear at a vampire's house and make sure a clandestine supernatural police organization doesn't steal her weapons or lock her away.

And the ghost of a vengeful shadow witch stalking her is ruining her social life.

But there's no time for rest, because the Order of the Black Sun is making gains and threatens every soul on the planet. This task may prove the most difficult for Kelsey, since those she thought she could trust are the very people who may be her downfall.

Order of the Black Sun
Copy and paste the code into your website.
New here? Learn how to read digital books for free