ebook ∣ Ecological and Fantastical Stories in a Sustainable World 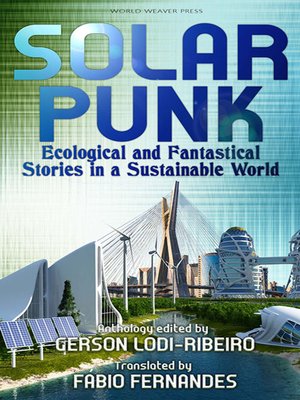 Imagine a sustainable world, run on clean and renewable energies that are less aggressive to the environment. Now imagine humanity under the impact of these changes. This is the premise Brazilian editor Gerson Lodi-Ribeiro proposed, and these authors took the challenge to envision hopeful futures and alternate histories. The stories in this anthology explore terrorism against green corporations, large space ships propelled by the pressure of solar radiation, the advent of photosynthetic humans, and how different society might be if we had switched to renewable energies much earlier in history. Originally published in Brazil and translated for the first time from the Portuguese by Fábio Fernandes, this anthology of optimistic science fiction features nine authors from Brazil and Portugal including Carlos Orsi, Telmo Marçal, Romeu Martins, Antonio Luiz M. Costa, Gabriel Cantareira, Daniel I. Dutra, André S. Silva, Roberta Spindler, and Gerson Lodi-Ribeiro.