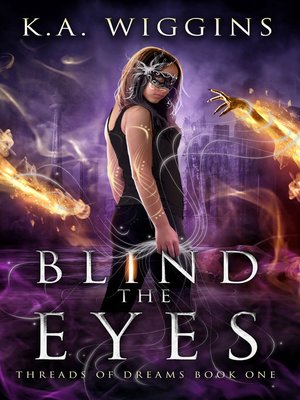 <h2>In the City of Nightmares, death is far from the end—and I'm one mistake away from finding out just what lies beyond. </h2><p><br>I try to be a good person.</p><p><br>Be content with what is. Keep my distance. Follow the rules.</p><p><br>But I screw up&nbsp;<em>one time</em>&nbsp;and get saddled with this troublemaking dead kid.</p><p><br>Ghost girl won't shut up about these absurd fantasies of an impossible world outside these walls. She knows as well as I do the flooded streets outside Refuge's suffocatingly restrictive safety hold nothing but poisonous fog and monster-infested seas—but she has the luxury of daydreams. I don't. Disobedience calls down the nightmares, and even the slightest distraction can be deadly.</p><p><br>Only, when I stumble across a ravaged corpse and get sucked into an instant-replay of its eerily fascinating final moments, I discover my ghost hasn't been the only one telling lies—</p><p><br>And if I want to survive the tangled web of secrets that binds my not-so-safe little world together <em>and</em> escape death by nightmare, I might just have to break a few rules after all.</p><p><br>I never asked to be haunted . . . <br></p><h2>But that unreliable trickster of a ghost might just be the only hope I have of making it out of here alive.</h2><p><br>◆◆◆<br><br></p><p>A not-quite-alive girl and her not-quite-dead ghost discover trusted authorities lie, allies have their own agendas and even the monsters wear masks in a journey of betrayal, revenge, sisterhood, and finding the strength to fight back.</p><p><br>Book 1 in a trilogy for ages 14 and up. Lush, creepy, genre-bending YA paranormal fantasy set in post-climate apocalypse Vancouver overrun by monstrous nightmares for fans of Brenna Yovanoff, Laini Taylor, and Melissa Marr.</p><p><br><b>Buy <i>Blind the Eyes</i> for a haunting journey beyond death today!</b></p><p><br>◆◆◆<br><br></p><h2>Acclaim:</h2><p>◆ "A complex tale that unfolds like a dream itself—mystical, and sometimes odd, but&nbsp;always captivating."—20 Favorite Indie Books of 2018, Barnes &amp; Noble Press</p><p>◆ Book Spotlight Prize Winner—2020 Page Turner Awards</p><p>◆ "Real in its essence and&nbsp;darkly satisfying&nbsp;at the same time." ★★★★★—Adventures in Literature</p>