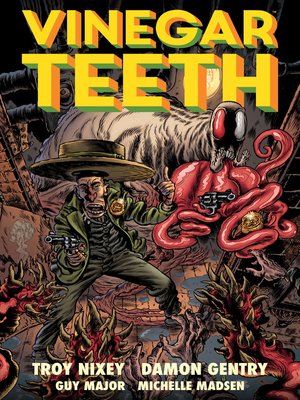 View more libraries...
As a human being, Artie Buckle is a grade-A schmuck. But he's a pretty damn fine cop. Good thing, because Brick City is under siege from its citizenry and only an unlikely partnership with a mysterious, tentacled, extra-dimensional being can put an end to the escalating crime problem. But across space and time lies a far greater threat, not only to Brick City, but to the world! Can the two get past their differences and save the planet?