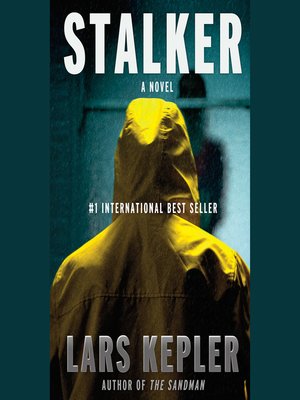 FictionSuspenseThriller
"Lars Kepler ... [has] a taste for the macabre and a surefire recipe for the lurid serial-killer thriller. ... This is not a book for anyone on heart medication. Kepler is a virtuoso at delivering scenes of suspense." —Marilyn Stasio, The New York Times Book Review
The internationally bestselling authors of The Sandman and The Hypnotist return with a terrifying new thriller: Detective Joona Linna—recently returned from compassionate leave—reunites with hypnotist Erik Maria Bark in a search for a seemingly unassailable sadistic killer.
The Swedish National Crime Unit receives a video of a young woman in her home, clearly unaware that she's being watched. Soon after the tape is received, the woman's body is found horrifically mutilated. With the arrival of the next, similar video, the police understand that the killer is toying with them, warning of a new victim, knowing there's nothing they can do. Detective Margot Silverman is put in charge of the investigation, and soon asks Detective Joona Linna for help. Linna, in turn, recruits Erik Maria Bark, the hypnotist and expert in trauma, with whom Linna's worked before. Bark is leery of forcing people to give up their secrets. But this time, Bark is the one hiding things.
Years before, he had put a man away for an eerily similar crime, and now he's beginning to think that an innocent man may be behind bars—and a serial killer still on the loose. . .
FictionSuspenseThriller

More about Lars Kepler
Stalker
Copy and paste the code into your website.
New here? Learn how to read digital books for free