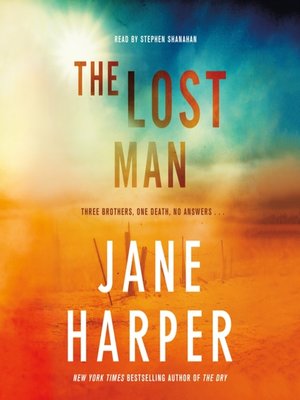 Two brothers meet in the remote Australian outback when the third brother is found dead, in this stunning new standalone audiobook from New York Times bestseller Jane Harper.
Brothers Nathan and Bub Bright meet for the first time in months at the remote fence line separating their cattle ranches in the lonely outback.
Their third brother, Cameron, lies dead at their feet.
In an isolated belt of Australia, their homes a three-hour drive apart, the brothers were one another's nearest neighbors. Cameron was the middle child, the one who ran the family homestead. But something made him head out alone under the unrelenting sun.
Nathan, Bub and Nathan's son return to Cameron's ranch and to those left behind by his passing: his wife, his daughters, and his mother, as well as their long-time employee and two recently hired seasonal workers.
While they grieve Cameron's loss, suspicion starts to take hold, and Nathan is forced to examine secrets the family would rather leave in the past. Because if someone forced Cameron to his death, the isolation of the outback leaves few suspects.
Dark, suspenseful, and deeply atmospheric, The Lost Man is the highly anticipated next audiobook from the bestselling and award-winning Jane Harper, author of The Dry and Force of Nature.
Praise for The Lost Man:
"In addition to the complicated, constantly changing plot, with Jane Harper's brilliant writing and Shanahan's outstanding narration we also experience the stifling heat and brutal oppression of the outback, how it keeps hold of those who live there, drives them, protects and sometimes kills them." — SoundCommentary
"Harper's masterful narrative places readers right in the middle of a desolate landscape that's almost as alien as the moon's surface...A twisty slow burner by an author at the top of her game." — Kirkus, starred review
"All at once enthralling...Book by book, [Harper is] creating her own vivid and complex account of the outback." — New York Times Book Review