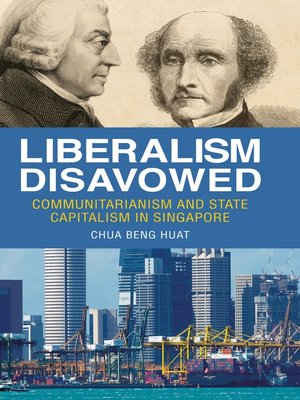 Communitarianism and State Capitalism in Singapore

In Liberalism Disavowed, Chua Beng Huat examines the rejection of Western-style liberalism in Singapore and the way the People's Action Party has forged an independent non-Western ideology.

This book explains the evolution of this communitarian ideology, with focus on three areas: public housing, multiracialism and state capitalism, each of which poses different challenges to liberal approaches. With the passing of the first Prime Minister, Lee Kuan Yew and the end of the Cold War, the party is facing greater challenges from an educated populace that demands greater voice. This has led to liberalization of the cultural sphere, greater responsiveness and shifts in political rhetoric, but all without disrupting the continuing hegemony of the PAP in government.

Chua Beng Huat is Provost Chair Professor in the Department of Sociology, National University of Singapore.

More about Chua Beng Huat
Liberalism Disavowed
Copy and paste the code into your website.
New here? Learn how to read digital books for free