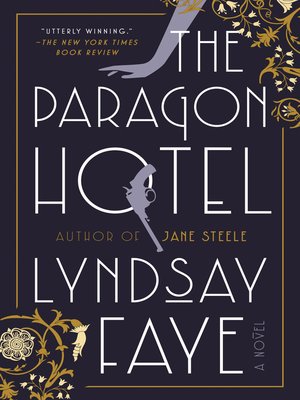 FictionMysteryThrillerHistorical Fiction
A gun moll with a knack for disappearing flees from Prohibition-era Harlem to Portland's Paragon Hotel.
The year is 1921, and "Nobody" Alice James has just arrived in Oregon with a bullet wound, a lifetime's experience battling the New York Mafia, and fifty thousand dollars in illicit cash. She befriends Max, a black Pullman porter who reminds her achingly of home and who saves Alice by leading her to the Paragon Hotel. But her unlikely sanctuary turns out to be an all-black hotel in a Jim Crow city, and its lodgers seem unduly terrified of a white woman on the premises.
As she meets the churlish Dr. Pendleton, the stately Mavereen, and the club chanteuse Blossom Fontaine, she understands their dread. The Ku Klux Klan has arrived in Portland in fearful numbers—burning crosses, electing officials, infiltrating newspapers, and brutalizing blacks. And only Alice and her new Paragon "family" are searching for a missing mulatto child who has mysteriously vanished into the woods. To untangle the web of lies and misdeeds around her, Alice will have to answer for her own past, too.
A richly imagined novel starring two indomitable heroines, The Paragon Hotel at once plumbs the darkest parts of America's past and the most redemptive facets of humanity. From international-bestselling, multi-award-nominated writer Lyndsay Faye, it's a masterwork of historical suspense.
FictionMysteryThrillerHistorical Fiction

The Paragon Hotel
Copy and paste the code into your website.
New here? Learn how to read digital books for free