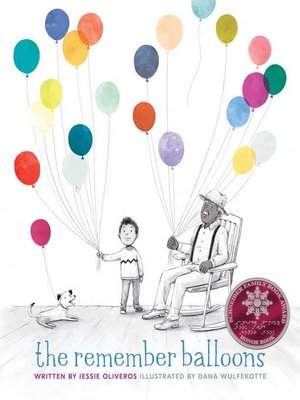 What's Happening to Grandpa meets Up in this tender, sensitive picture book that gently explains the memory loss associated with aging and diseases such as Alzheimer's.
James's Grandpa has the best balloons because he has the best memories. He has balloons showing Dad when he was young and Grandma when they were married. Grandpa has balloons about camping and Aunt Nelle's poor cow. Grandpa also has a silver balloon filled with the memory of a fishing trip he and James took together.

But when Grandpa's balloons begin to float away, James is heartbroken. No matter how hard he runs, James can't catch them. One day, Grandpa lets go of the silver balloon—and he doesn't even notice!

Grandpa no longer has balloons of his own. But James has many more than before. It's up to him to share those balloons, one by one.