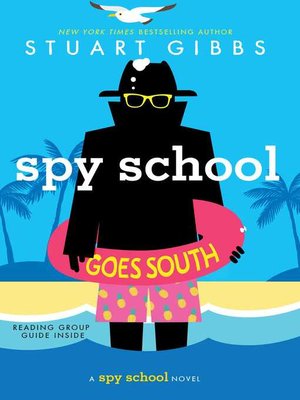 Juvenile FictionJuvenile LiteratureMystery
Ben is taken to Mexico by his nemesis in the hopes that he'll finally be able to take down SPYDER in this latest addition to the New York Times bestselling Spy School series.
Thirteen-year-old Ben Ripley has been caught in the snares of SPYDER more than once and knows well enough to be suspicious of anything that seems too good to be true—despite needing special tutoring in advanced survival techniques. So when Murray Hill finally breaks his silence with an offer to hand over the SPYDER elite, Ben knows that there must be something going on. But his hesitation doesn't stop the assignment.

The Mission: Follow Murray Hill to an undisclosed location with no one else but Erica Hale to identify SPYDER leadership. Once found, contact the CIA to sweep in and finish the job. DO NOT CONTACT SPYDER DIRECTLY.

However, as Ben suspected, nothing goes as planned, and what should be an easy mission quickly turns deadly. Now, Ben and Erica will have to face rogue agents, trained killers, and even very hungry crocodiles in a race against the clock to find out what SPYDER is up to this time—and thwart their evil plans.
Juvenile FictionJuvenile LiteratureMystery

Stuart Gibbs is the author of the New York Times bestselling FunJungle, Spy School, and Moon Base Alpha series. He has written the screenplays for movies like See Spot Run and Repli-Kate, worked on a whole bunch of animated films, and developed TV...

More about Stuart Gibbs
Spy School Goes South
Copy and paste the code into your website.
New here? Learn how to read digital books for free