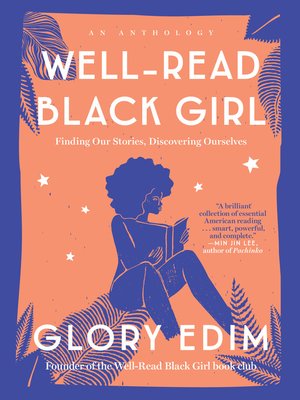 Finding Our Stories, Discovering Ourselves

Literary CriticismAfrican American NonfictionNonfiction
NOMINATED FOR AN NAACP IMAGE AWARD • An inspiring collection of essays by black women writers, curated by the founder of the popular book club Well-Read Black Girl, on the importance of recognizing ourselves in literature.

"Yes, Well-Read Black Girl is as good as it sounds. . . . [Glory Edim] gathers an all-star cast of contributors—among them Lynn Nottage, Jesmyn Ward, and Gabourey Sidibe."—O: The Oprah Magazine

Remember that moment when you first encountered a character who seemed to be written just for you? That feeling of belonging remains with readers the rest of their lives—but not everyone regularly sees themselves in the pages of a book. In this timely anthology, Glory Edim brings together original essays by some of our best black women writers to shine a light on how important it is that we all—regardless of gender, race, religion, or ability—have the opportunity to find ourselves in literature.
Contributors include Jesmyn Ward (Sing, Unburied, Sing), Lynn Nottage (Sweat), Jacqueline Woodson (Another Brooklyn), Gabourey Sidibe (This Is Just My Face), Morgan Jerkins (This Will Be My Undoing), Tayari Jones (An American Marriage), Rebecca Walker (Black, White and Jewish), and Barbara Smith (Home Girls: A Black Feminist Anthology)
Whether it's learning about the complexities of femalehood from Zora Neale Hurston and Toni Morrison, finding a new type of love in The Color Purple, or using mythology to craft an alternative black future, the subjects of each essay remind us why we turn to books in times of both struggle and relaxation. As she has done with her book club–turned–online community Well-Read Black Girl, in this anthology Glory Edim has created a space in which black women's writing and knowledge and life experiences are lifted up, to be shared with all readers who value the power of a story to help us understand the world and ourselves.

Praise for Well-Read Black Girl
"Each essay can be read as a dispatch from the vast and wonderfully complex location that is black girlhood and womanhood. . . . They present literary encounters that may at times seem private and ordinary—hours spent in the children's section of a public library or in a college classroom—but are no less monumental in their impact."—The Washington Post
"A wonderful collection of essays."—Essence
Literary CriticismAfrican American NonfictionNonfiction

Glory Edim is the founder of Well-Read Black Girl, a Brooklyn-based book club and digital platform that celebrates the uniqueness of Black literature and sisterhood. In fall 2017 she organized the first-ever Well-Read Black Girl Festival. She has ...

More about Glory Edim
Well-Read Black Girl
Copy and paste the code into your website.
New here? Learn how to read digital books for free