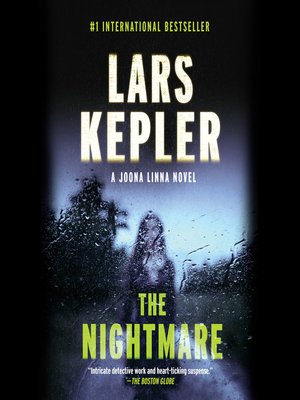 FictionSuspenseThriller
NOWHERE IS SAFE . . . NOT EVEN YOUR DREAMS.

Police discover the lifeless body of a young woman on an abandoned yacht. The next day, a man is found hanging in his apartment. When Detectives Joona Linna and Saga Bauer uncover a surprising connection between the two deaths, they will be forced to confront a relentless killer who's always one step ahead and a ruthless business tycoon who preys on his victims' worst nightmares to achieve his sinister ends.
FictionSuspenseThriller

More about Lars Kepler
The Nightmare
Copy and paste the code into your website.
New here? Learn how to read digital books for free