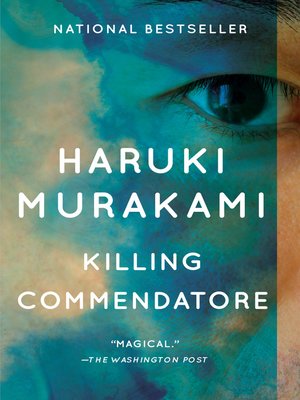 FantasyFictionLiteratureHistorical Fiction
When a thirty-something portrait painter is abandoned by his wife, he secludes himself in the mountain home of a world famous artist. One day, the young painter hears a noise from the attic, and upon investigation, he discovers a previously unseen painting. By unearthing this hidden work of art, he unintentionally opens a circle of mysterious circumstances; and to close it, he must undertake a perilous journey into a netherworld that only Haruki Murakami could conjure. A tour de force of love and loneliness, war and art, Killing Commendatore is a stunning work of imagination from one of our greatest writers.
FantasyFictionLiteratureHistorical Fiction

More about Haruki Murakami
Killing Commendatore
Copy and paste the code into your website.
New here? Learn how to read digital books for free