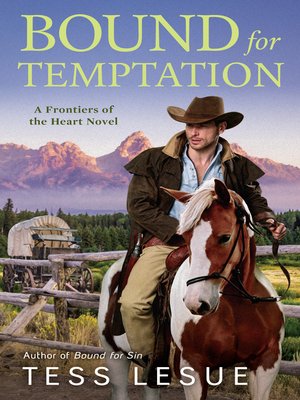 FictionRomanceWesternHistorical Fiction
Having survived the Oregon trail, Emma Palmer is ready for a fresh start, even if it costs her all the gold in California.
Emma Palmer has had many jobs and gone by even more names, but most recently she's known as Seline and is the madam of her own establishment. Her place is clean, her booze is cheap, and her bedrooms are fancy. But when a would-be patron won't take no for an answer, she's forced to don a new disguise and flee for her life. While the plans she cooks up might seem outrageous to an outsider, they haven't failed her yet.

Tom Slater is a taciturn cattleman at the tail end of a long, hard season on the trail. He's looking forward to a quiet winter at his old family homestead in Mexico. What he didn't plan on was escorting a group of women on the run, to safety south of the border. Tom doesn't need to be a trailsman to know that the woman sly green eyes, whom he can't keep out of his thoughts, will only lead to trouble.
FictionRomanceWesternHistorical Fiction

Bound for Temptation
Copy and paste the code into your website.
New here? Learn how to read digital books for free