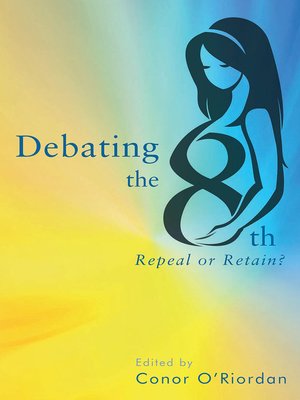 The contentious 1983 Eighth Amendment to the Constitution of Ireland introduced a constitutional prohibition on the provision of abortion within the Irish State. In the decades since, further referendums, court cases and legislation have tried to adjust and clarify the scope of this provision, often in the midst of bitter and angry debate.

With the current government promising a referendum on repealing the Eighth in May/June 2018, the debate is growing again. But in the midst of claim and counter-claim, media debates, Twitter rants and false news fears on Facebook, what are the arguments for retaining or repealing the Eighth? In Debating the Eighth, sixteen contributors put forward their positions on the defining issue of our generation. Gathered together in one volume are presented arguments from:

Debating the Eighth is unique in providing both sides of the debate with an equal platform to put forward their arguments. Its contributors include two women with personal experience of abortion, a person with Down's syndrome and a Catholic priest arguing from a pro-choice perspective. It is essential reading for anyone interested in the forthcoming debate.

Debating the Eighth
Copy and paste the code into your website.
New here? Learn how to read digital books for free