ebook ∣ Oligarchy, Collapse, and the Crisis of Civilization 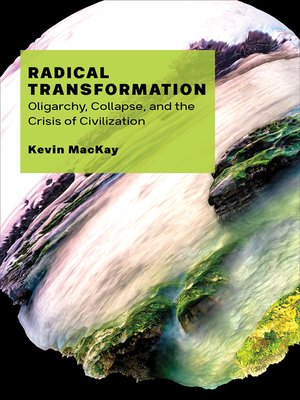 "Radical Transformation is a tour de force."– Thomas Homer-Dixon, author of The Upside of Down: Catastrophe, Creativity and the Renewal of Civilization

Radical Transformation is a story about industrial civilization's impending collapse, and about the possibilities of averting this fate. Human communities first emerged as egalitarian, democratic groups that existed in symbiotic relationship with their environments. Increasing complexity led to the emergence of oligarchy, in which societies became captive to the logic of domination, exploitation, and ecological destruction. The challenge facing us today is to build a movement that will radically transform civilization and once more align our evolutionary trajectory in the direction of democracy, equality, and ecological sustainability.