The Novels of Beryl Bainbridge Volume One 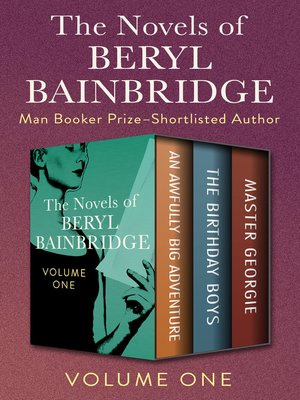 With crisp prose and sardonic wit, Dame Beryl Bainbridge established a unique position for herself in the landscape of modern British literature. In the three novels collected here, Bainbridge explores disasters both epic and intimate, drawing inspiration from historical figures as well as her own life experiences to produce tightly woven tales that are at once ironic and honest, subtle and surprising.

An Awfully Big Adventure: In postwar Liverpool, a teenage girl joins a local theater troupe and discovers the unflattering truths behind the gloss of adulthood. Shortlisted for the Man Booker Prize, this atmospheric novel was adapted into a film starring Hugh Grant and Alan Rickman.

"A former actress herself, Ms. Bainbridge chronicles the backstage antics of her fictional theater company with knowing aplomb." —The New York Times

The Birthday Boys: In 1910, Capt. Robert Falcon Scott led a harrowing race to the South Pole. With this imaginative yet historically accurate retelling of their famous and ill-fated mission, "Bainbridge has quite surpassed herself" (Financial Times).

"Equally convincing in its evocations of the icy, unendurable landscape without, and the chilling interior landscapes of damaged souls." —The Sunday Telegraph

Master Georgie: The story of a British surgeon journeying toward the horrors of the Crimean War is told from the perspective of three companions who each believe they knew him best. This "stunning" novel was shortlisted for the Man Booker Prize and won numerous awards (The New Yorker).