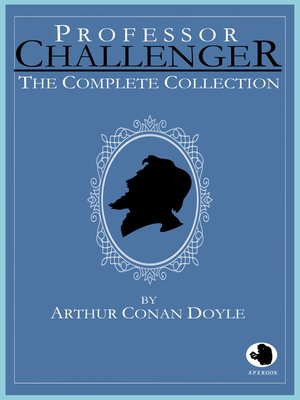 FictionScience FictionThriller
George Edward Challenger, better known as Professor Challenger, is a protagonist in a series of fantasy and science fiction novels and stories by Sir Arthur Conan Doyle. Professor Challenger is an aggressive, hot-tempered, dominating figure, and also a pretentious and self-righteous scientific jack-of-all-trades. This book contains the complete Professor Challenger novels and stories in the chronological order of their original publication: The Lost World, The Poison Belt, The Land of Mists, The Disintegration Machine, When the World Screamed. „The Lost World" describes an expedition to a plateau in South America where prehistoric creatures including dinosaurs still survive. „The Poison Belt" depicts the situation in which the Earth passes through a cloud of poisonous ether. „The Land of Mist" is a tale of the supernatural, focusing on Edward Malone's at first professional, and later personal interest in Spiritualism. „The Disintegration Machine" concerns the potentially dangerous new invention by a scientist named Theodore Nemor. „When the World Screamed" tells of Challenger's World Echinus theory. Sir Arthur Conan Doyle (1859-1930) was a Scottish physician and writer who is most noted for his fictional stories about the detective Sherlock Holmes, which are generally considered milestones in the field of crime fiction. He was a prolific writer whose other works include fantasy and science fiction stories, plays, romances, poetry, non-fiction, and historical novels. The size of the eBook is about 550 pages.
FictionScience FictionThriller

Professor Challenger--The Complete Collection
Copy and paste the code into your website.
New here? Learn how to read digital books for free