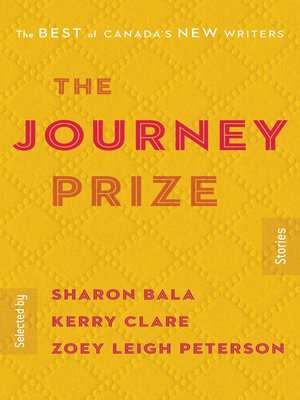 View more libraries...
From its first edition in 1989, this celebrated annual fiction anthology has consistently introduced readers to the next generation of great Canadian writers. With settings ranging from Thailand and war-torn Vietnam to a tiki bar in the Prairies, the thirteen stories in this collection represent the year's best short fiction by some of our most exciting emerging writers.
A friendship between two older women frays at the seams during a trip to Barcelona. After the sudden death of her grandmother, a student from Uganda finds solace in a chance encounter. Confused parents can only watch as their son's precocious understanding of the path to enlightenment leads him further into the unknown. The complexities of love reveal themselves as a family gathers by their mother's deathbed to say goodbye. As she waits to confront a student who has cheated on an assignment, a philosophy professor must contend with surprising photos posted on Facebook. A man begins a relationship with a scientist who wears a mechanical bear suit. While her community mourns in the aftermath of a tragedy, a woman must face her own complicity in what happened to her best friend. After she makes an instant connection with a man during a day trip to the Smithsonian, a writing student's struggle to find her own voice takes on greater urgency when he visits her at home. When a family reunion at a lakeside cottage is interrupted by the search for a drowned man's body, long-submerged desires and resentments gradually surface. Two sex addicts fall into a complicated sort of love.