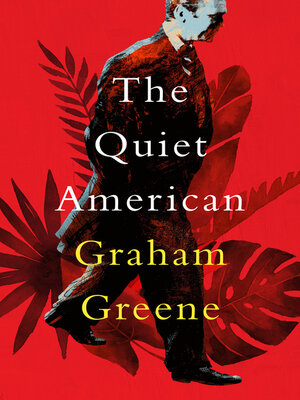 It's 1955 and British journalist Thomas Fowler has been in Vietnam for two years covering the insurgency against French colonial rule. But it's not just a political tangle that's kept him tethered to the country. There's also his lover, Phuong, a young Vietnamese woman who clings to Fowler for protection. Then comes Alden Pyle, an idealistic American working in service of the CIA. Devotedly, disastrously patriotic, he believes neither communism nor colonialism is what's best for Southeast Asia, but rather a "Third Force": American democracy by any means necessary. His ideas of conquest include Phuong, to whom he promises a sweet life in the states. But as Pyle's blind moral conviction wreaks havoc upon innocent lives, it's ultimately his romantic compulsions that will play a role in his own undoing.

Although criticized upon publication as anti-American, Graham Greene's "complex but compelling story of intrigue and counter-intrigue" would, in a few short years, prove prescient in its own condemnation of American interventionism (The New York Times).