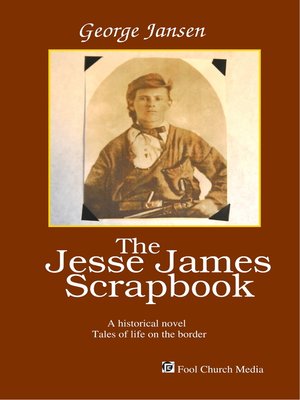 The Jesse James Scrapbook explores the life and times of Jesse James and his importance as a national figure during the Civil War and Reconstruction eras. The tale is told through the voice of the press and people of America, fictionally recreated but based on actual historical sources. It is all here: chattel slavery, Bleeding Kansas, Quantril and his raiders, "The War for Southern Independence", the Younger Boys, the Pinkertons, the Northfield Raid and Cole Younger's capture and imprisonment. Robert Ford, "that dirty little coward," plays his role as an assassin and meets his ultimate fate in a Colorado boom town. Entertaining and provocative it is a fiction worthy of the true legend of Jesse James.