Measure for Measure, with line numbers 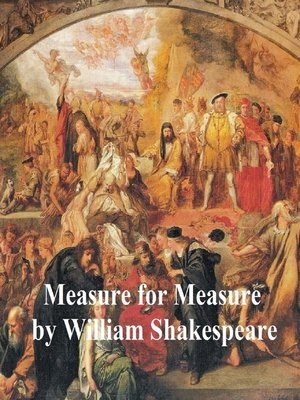 One of Shakespeare's "problem" plays. (Not quite a comedy, not quite a romance). According to Wikipedia: "Measure for Measure is a play by William Shakespeare, believed to have been written in 1603 or 1604. It was originally classified as a comedy, but is now also classified as one of Shakespeare's problem plays. Originally published in the First Folio of 1623, the play's first recorded performance was in 1604. The play deals with the issues of mercy, justice, truth and their relationship to pride and humility: "Some rise by sin, and some by virtue fall"