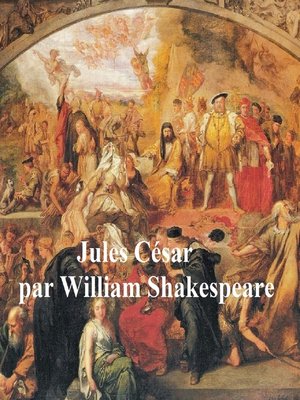 The Shakespeare tragedy. According to Wikipedia: "The ghost of Caesar taunts Brutus about his imminent defeat. (Copperplate engraving by Edward Scriven from a painting by Richard Westall: London, 1802.) The Tragedy of Julius Caesar, also known simply as Julius Caesar, is a tragedy by William Shakespeare, believed to have been written in 1599. It portrays the 44 BC conspiracy against the Roman dictator Julius Caesar, his assassination and the defeat of the conspirators at the Battle of Philippi. It is one of several Roman plays that Shakespeare wrote, based on true events from Roman history, which also include Coriolanus and Antony and Cleopatra."