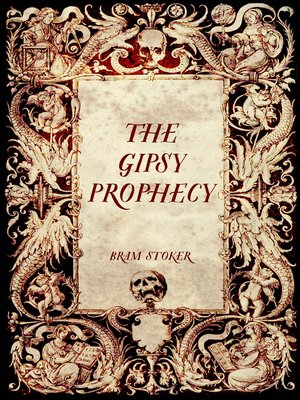 At the peak of his career, Abraham "Bram" Stoker (November 8, 1847 – April 20, 1912) was working as an assistant for his friend, Shakespearean actor Sir Henry Irving, a well known and acclaimed actor in his day. But it would be the assistant whose name would outshine the boss's.

Stoker, an Irish novelist and short story writer, is known around the globe for his Gothic horror character Dracula. Inspired in part by his friend Irving, as well as the notorious Vlad the Impaler, Stoker studied stories about vampires, but ultimately his Count Dracula would become synonymous with the famous monsters. And drawing off his experience as a newspaper writer, Stoker wrote Dracula as a collection of realistic diary entries, telegrams, letters, ship's logs, and newspaper clippings, all of which made the story that much scarier and unique.

The Gipsy Prophecy
Copy and paste the code into your website.
New here? Learn how to read digital books for free