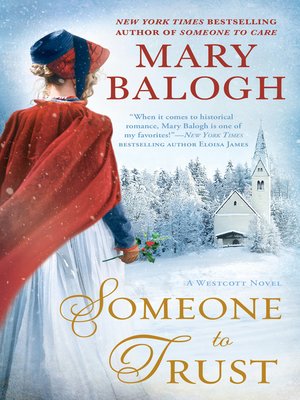 FictionRomanceHistorical Fiction
During a rare white Christmas at Brambledean Court, the widow Elizabeth, Lady Overfield, defies convention by falling in love with a younger man in this historical romance novel in the Westcott series.
After her husband's passing, Elizabeth Overfield decides that she must enter into another suitable marriage. That, however, is the last thing on her mind when she meets Colin Handrich, Lord Hodges, at the Westcott Christmas house party. She simply enjoys his company as they listen to carolers on Christmas Eve, walk home from church together on Christmas morning, and engage in a spirited snowball fight in the afternoon. Both are surprised when their sled topples them into a snowbank and they end up sharing an unexpected kiss. They know there is no question of any relationship between them, for she is nine years older than he.
They return to London the following Season, both committed to finding other, more suitable matches. Still they agree to share one waltz at each ball they attend. This innocuous agreement proves to be one that will topple their worlds, as each dance steadily ensnares them in a romance that forces the two to question what they are willing to sacrifice for love. . . .
FictionRomanceHistorical Fiction

Someone to Trust
Copy and paste the code into your website.
New here? Learn how to read digital books for free