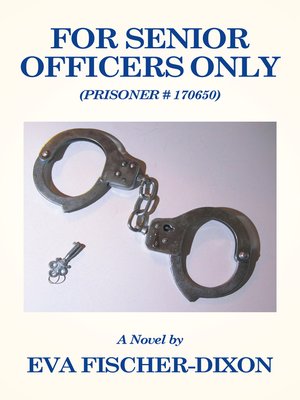 For Senior Officers Only

FictionLiterature
Melina Chakiris was an eighteen-year-old blonde and brown eyed beauty on the Island of Crete, Greece, when a group of German Army soldiers arrived in her village of Kondomari. Colonel Klaus and Major Diehl immediately took notice of the beautiful Greek girl. While Klaus had a sinister plan for the girl, Diehl fell in love with her at first sight. Discovering that four of their soldiers were murdered, Klaus orders revenge on the male population of the village. Due to new orders from Hitler, the girls from the village are taken to work in brothels all over Europe. Major Bertrand Diehl saves Melina from her bleak future, although he was scheduled to fight on the Eastern Front. The physical attraction between Bertrand and Melina was so strong that she could not help it; she desperately fell in love with him. Melina is willing to do anything to find out what happened to her abducted younger sister, even if it costs her own life. When the Gestapo arrests her, Melinas life turns into a living nightmare. Her father-in-law, SS General Diehl, does everything in his power to save her, and by doing so, he unleashes a chain of events that changes everyones life forever. Melinas love for Bertrand is unshakable, but during her subsequent travels, she becomes an eyewitness to horrifying deeds that broke her faith in humanity for a long time to come. Will she ever see Bertrand or her kidnapped child again? She often wonders if she is strong enough to revenge those who were hurt, to find love and peace in her private life, and what might have God laid down for her on lifes long path.
FictionLiterature

Born in Budapest, Hungary, Eva Fischer-Dixon grew up concentrating to achieve a big dream: to live and become a writer in the USA. Her dream came true in 1973 when she finally accomplished her dream and immigrated to the country where she always b...

More about Eva Fischer-Dixon
For Senior Officers Only
Copy and paste the code into your website.
New here? Learn how to read digital books for free