The Snows of Summer 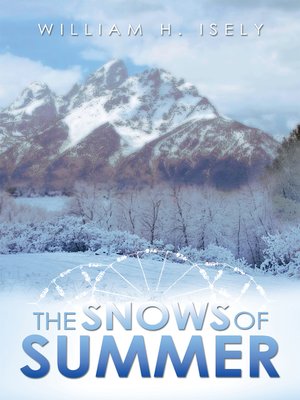 This novel of the future was originally created in response to a competition to submit novels of the future which emphasized problems of the environment and their solutions. It was emphasized in the competition that the novel be easily adapted to a movie format. Unfortunately, the criteria were abandoned by the judging committee, and this novel in an earlier version of over twenty years ago was relegated to a high storage shelf. In the interim, the problems of climate change, a center piece of The Snows of Summer, have been further aggravated by our continued dependence on fossil fuels, with a critical threat to the environment involving tar sands and fracking for natural gas and oil. With a prospect of fifty more years of cheap energy, the start toward an environmental friendly energy society seems to be coming to an end, making climate change more likely.

The Snows of Summer has been updated to include events that have transpired since its original writing to act as a belated warning that our environment has become fragile enough and industry-powerful enough that a continued ignoring of humanity's effects on the environment may put the future of our species at risk.

Nature Nonfiction
The Snows of Summer