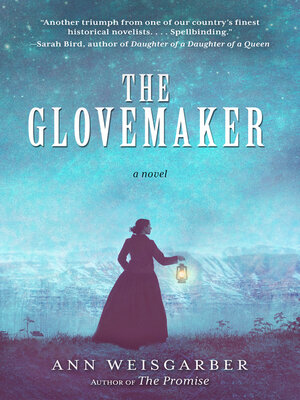 View more libraries...
A Mormon woman on the Utah frontier faces a dangerous dilemma of faith and survival in this "rich, powerful, and wholly immersive tale" (Publishers Weekly, starred review).
Utah Territory, 1888. Thirty-seven-year-old Deborah Tyler lives in a remote town of seven Mormon families surrounded by red-rock cliffs. She earns her living tending orchards and making work gloves. With her husband Samuel travelling as a wheelwright, she awaits his return alone. But the inhospitable winter is deepening, and Samuel is weeks overdue.
When a desperate stranger shows up on Deborah's doorstep, she cannot refuse his plea for refuge. The man, a devout Mormon, is on the run from the US government, which has ruled the practice of polygamy to be a felony. Although Deborah doesn't subscribe to polygamy, she is distrustful of non-Mormons and their persecution of believers. But as she and her brother-in-law Nels attempt to help this man, an outbreak of violence will leave them facing life and death decisions about their faith, their community, and each other.
Finalist for the Western Writers of America's 2020 Spur Awards for Historical Novel
Finalist for the 2019 Association for Mormon Letters Awards for Novel
"Compelling historical fiction. . . . Part love story, part religious explication, part mystery. . . . A journey you won't forget." —Houston Chronicle