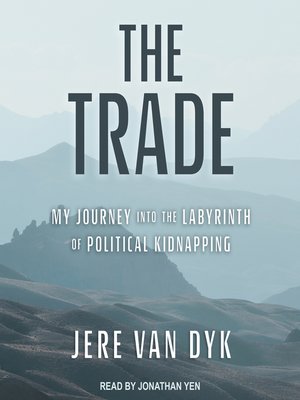 My Journey into the Labyrinth of Political Kidnapping

HistoryPoliticsTrue CrimeNonfiction
In 2008, American journalist Jere Van Dyk was kidnapped and held for forty-five days. At the time, he had no idea who his kidnappers were. They demanded a ransom and the release of three of their comrades from Guantanamo, yet they hinted at their ties to Pakistan and to the Haqqani network, a uniquely powerful group that now holds the balance of power in large parts of Afghanistan and the tribal areas of Pakistan. After his release, Van Dyk wrote a book about his capture and what it took to survive in this most hostile of circumstances. Yet he never answered the fundamental questions that his kidnapping raised: Why was he taken? Why was he released? And who saved his life? Every kidnapping is a labyrinth in which the certainties of good and bad, light and dark are merged in the quiet dialogues and secret handshakes that accompany a release or a brutal fatality. In The Trade, Jere Van Dyk uses the sinuous path of his own kidnapping to explain the recent rise in the taking of Western hostages across the greater Middle East.
HistoryPoliticsTrue CrimeNonfiction

Jere Van Dyk, a veteran journalist, has written for many publications, including the New York Times, the Wall Street Journal, and National Geographic. Currently a consultant on Afghanistan, Pakistan, and al-Qaeda for CBS News, he is the author of ...

More about Jere Van Dyk
The Trade
Copy and paste the code into your website.
New here? Learn how to read digital books for free