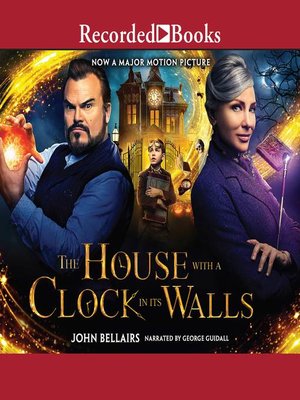 The House With a Clock in Its Walls

A haunting gothic tale by master mysery writer John Bellairs—soon to be a major motion picture starring Cate Blanchett and Jack Black! "The House With a Clock in Its Walls will cast its spell for a long time."—The New York Times Book Review When Lewis Barnavelt, an orphan. comes to stay with his uncle Jonathan, he expects to meet an ordinary person. But he is wrong. Uncle Jonathan and his next-door neighbor, Mrs. Zimmermann, are both witches! Lewis is thrilled. At first, watching magic is enough. Then Lewis experiments with magic himself and unknowingly resurrects the former owner of the house: a woman named Serenna Izard. It seems that Serenna and her husband built a timepiece into the walls—a clock that could obliterate humankind. And only the Barnavelts can stop it!

The House With a Clock in Its Walls
Copy and paste the code into your website.
New here? Learn how to read digital books for free