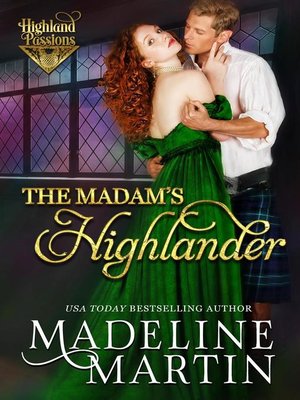 AN UNCONVENTIONAL WOMAN...
Freya Campbell is the madam of Molly’s, an infamous Edinburgh bawdy house. Running the establishment not only enables her to help war widows and aid soldiers, but the income generated affords her family a good life and safety in times that are uncertain and dangerous.
AN HONORABLE MAN...
Ewan Fraser is a man shamed by his father’s transgressions. To salvage his legacy and name, he has earned his way as a Captain in the Black Watch, England’s Scottish regiment. When war turns the days dark and dismal, he fears for his mother's safety and will stop at nothing to protect her.
A LOVE THAT KNOWS NO BOUNDS.
With England's hold on Scotland tightening, Ewan and Freya must work together to save their threatened families. But can two unlikely lovers find happiness in a world with seemingly no future?
—-
Previously released in the HISTORICAL HELLIONS and LORDS OF LOVE anthologies