What Were the Roaring Twenties? 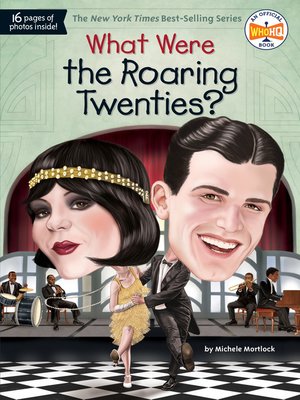 View more libraries...
Flappers, flag-pole sitting, and the Ford Model T—these are just a few of the things that instantly conjure up a unique era—the Roaring Twenties.
It was the bees' knees, the cat's meow. If you're not familiar with 1920s slang, all the more reason to read this fascinating look at that wild, exciting decade. It began on the heels of one tragedy—the flu pandemic of 1918—and ended with another: the start of the Great Depression. But in between there were plenty of good times—the Model T cars that Henry Ford made were cheap enough for the masses, the new sound of jazz heated up speakeasies and nightclubs during the time of Prohibition. Women, recently given the right to vote, cut their long hair into bobs, wore short skirts and makeup, and danced the Charleston (sometimes in marathons that lasted days). Michele Mortlock hits all the highlights of this heady age that still feels modern even a hundred years later.