ebook ∣ A Crime Novel of the Roman Empire · The Medicus 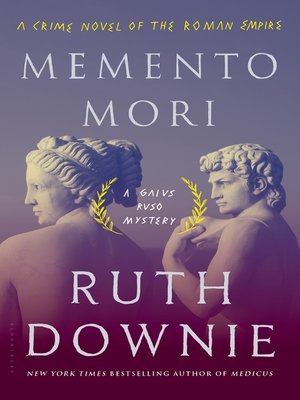 The eighth gripping novel in the bestselling Medicus series, in which Ruso and Tilla investigate the death of the wife of Ruso's friend in the sacred hot spring of Aquae Sulis.


A scandal is threatening to engulf the popular spa town of Aquae Sulis (modern-day Bath). The wife of Ruso's best friend, Valens, has been found dead in the sacred hot spring, stabbed through the heart. Fearing the wrath of the goddess and the ruin of the tourist trade, the temple officials are keen to cover up what's happened. But the dead woman's father is demanding justice, and he's accusing Valens of murder.

If Valens turns up to face trial, he will risk execution. If he doesn't, he'll lose his children.

Ruso and Tilla do their best to help but it's difficult to get anyone—even Valens himself—to reveal what really happened. Could Ruso's friend really be guilty as charged?