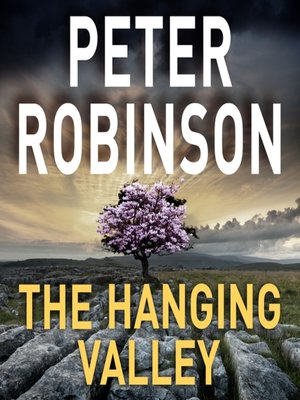 The Hanging Valley is the fourth novel in Peter Robinson's Inspector Banks series, following on from A Necessary End.
'The Alan Banks mystery-suspense novels are the best series on the market. Try one and tell me I'm wrong' – Stephen King
TWO MURDERS. A MISSING PERSON. A VILLAGE WITH A TERRIBLE SECRET.
A faceless corpse is found in a tranquil, hidden valley below the village of Swainshead, the victim's identity deliberately obscured. And when Chief Inspector Alan Banks arrives, he finds that no-one is willing to talk. Banks's frustration only grows when he suspects his latest case might be connected with an unsolved murder and a missing local woman, which occurred in the same area five years ago.
Among the silent suspects are the Collier brothers, the wealthiest and most powerful family in the area. When they start using their influence to slow down the investigation, Banks finds himself in a race against time . . .
The Hanging Valley is followed by Past Reason Hated, the fifth book in this Yorkshire-based crime series which became the major British ITV drama DCI Banks.